The Legend of Rara Jonggrang 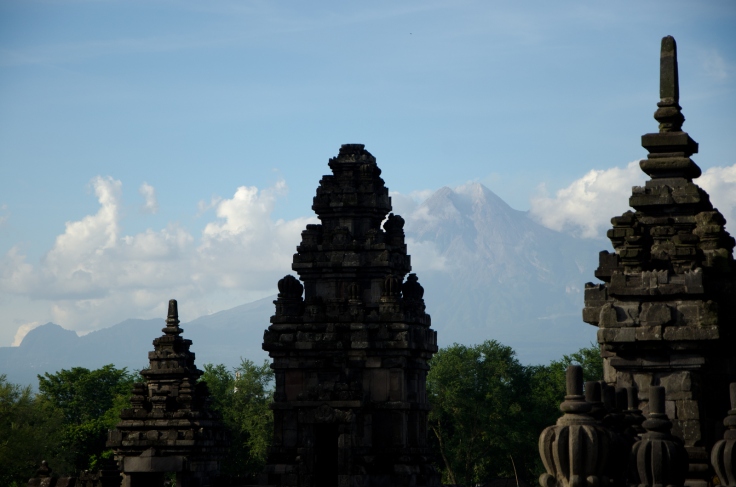 Once upon a time, there was a prosperous kingdom ruled by a wise king. The people of this thriving kingdom lived in harmony, and it was in this setting that Prince Bandung Bondowoso was raised. Every year, he grew braver, stronger, and wiser, nourished by the loving community into which he had been born. In his wisdom, he acquired supernatural powers, which he used only in times of need.

Just across the border lay another kingdom. In contrast to the Prince’s home, this dark realm was ruled by a bloodthirsty man-eating giant. The cruel giant king spent his days in a perpetual murderous rage. The only person who managed to escape his wrath was Princess Rara Jonggrang, the giant king’s daughter, who was as beautiful as he was ugly.

Though the giant king’s power was unchallenged, he wanted still more authority and decided to achieve this by invading our Prince Bandung Bondowoso’s kingdom. Unbeknownst anyone in the prince’s kingdom, their giant neighbors were slowly amassing an army and preparing for war.

Late one night, the giants crept through the dark streets and launched a surprise attack on the peaceful citizens. They fought back valiantly, and both sides suffered. While the giants had the advantage of size and strength, they lacked any real cunning and easily fell into traps laid for them. 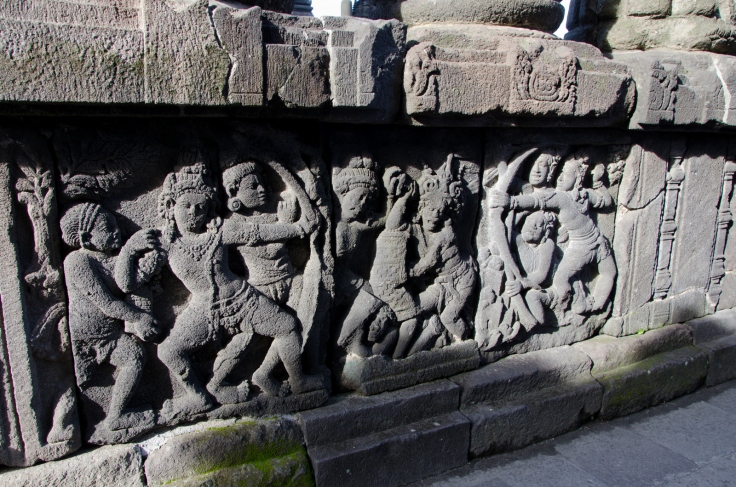 Both sides were devastated, and the benevolent king saw no way to defeat the giant tyrant other than to send his son into battle. Bandung Bondowoso joined the battle and called upon his supernatural powers to slay the giant king. He and his soldiers marched further into the giant kingdom and captured the palace, where Princess Rara Jonggrang had just learned of her father’s death.

Even while mourning, Rara Jonggrang’s beauty was unrivaled, and Bandung Bondowoso fell deeply in love with the captive princess. He proposed to her on the spot, only to be immediately rejected. Bandung Bondowoso insisted, and Rara Jonggrang–knowing that she was in no position to refuse her captor’s wishes–agreed to marry him under a few conditions.

1. Bandung Bondowoso must build a well.

2. He must then build a thousand temples.

3. These tasks must be completed in one night. 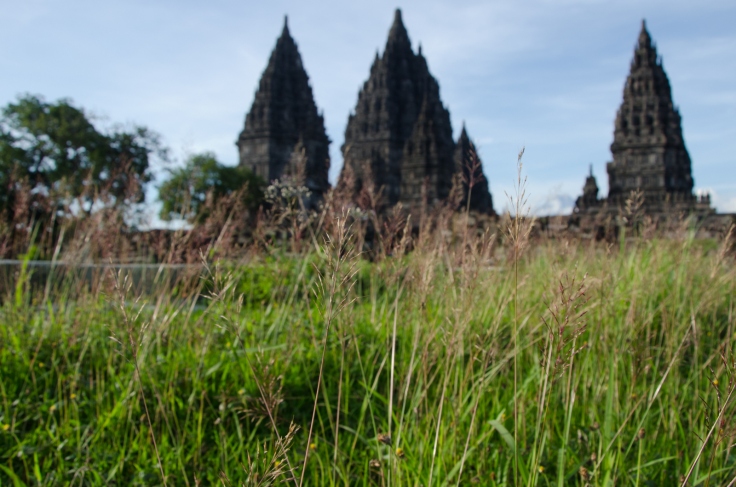 Bandung Bondowoso immediately agreed to Rara Jonggrang’s terms and started building the well at once. With the help of his supernatural powers, the lovestruck prince quickly finished. However, his wisdom had abandoned him from the moment he first saw the beautiful princess, and she had no trouble convincing him to enter the well to inspect the bottom.

While Bandung Bondowoso was inside the well, the giants seized their chance and threw enough large stones into the well to ensure that the prince would be trapped forever at the bottom. Bandung Bondowoso’s powers were tested but he eventually escaped. Undeterred by the attempt on his life, the prince continued to proclaim his love for Rara Jonggrang and set to work completing the temples she had asked for.

Just as in the first task, Bandung Bondowoso used his supernatural powers to build several temples, but he feared that even these powers would not be able to help him finish this task by morning. The prince entered into deep meditation and called upon all of the demon spirits he could conjure. The spirits worked faster than Bandung Bondowoso had even imagined, and he was confident that he would be marrying Rara Jonggrang in a matter of hours.

The princess was nearby and had been keeping an eye on her captor’s progress. She was alarmed to see him completing the 999th temple with plenty of time before dawn. In her desperation, Rara Jonggrang devised a plan that might just be able to stop Bandung Bondowoso from finishing his tasks.

She called her maids and instructed them to light a fire in the east, urging them to burn whatever necessary to create a fire whose light would rise over the trees and light up the skies.

Rara Jonggrang’s plan worked, and the demons fled when they saw a light that they thought to be sunrise. Bandung Bondowoso was unable to finish the thousandth temple on his own and admitted defeat.

However, when the prince learned that he had been tricked, he was not so forgiving of the princess this time, and he used what was left of his powers to turn Rara Jonggrang into stone. Her statue was added to the last, unfinished temple, and she can still be found today among the ruins of what is now known as Prambanan Temple. 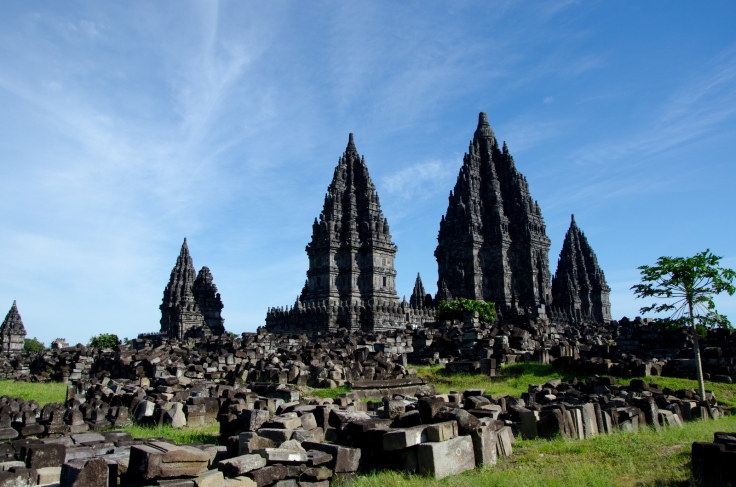 Many of the structures have long since crumbled, and only the central part of the temple complex remains today.

But I guess that’s what happens when you ask demons to do your work for you. 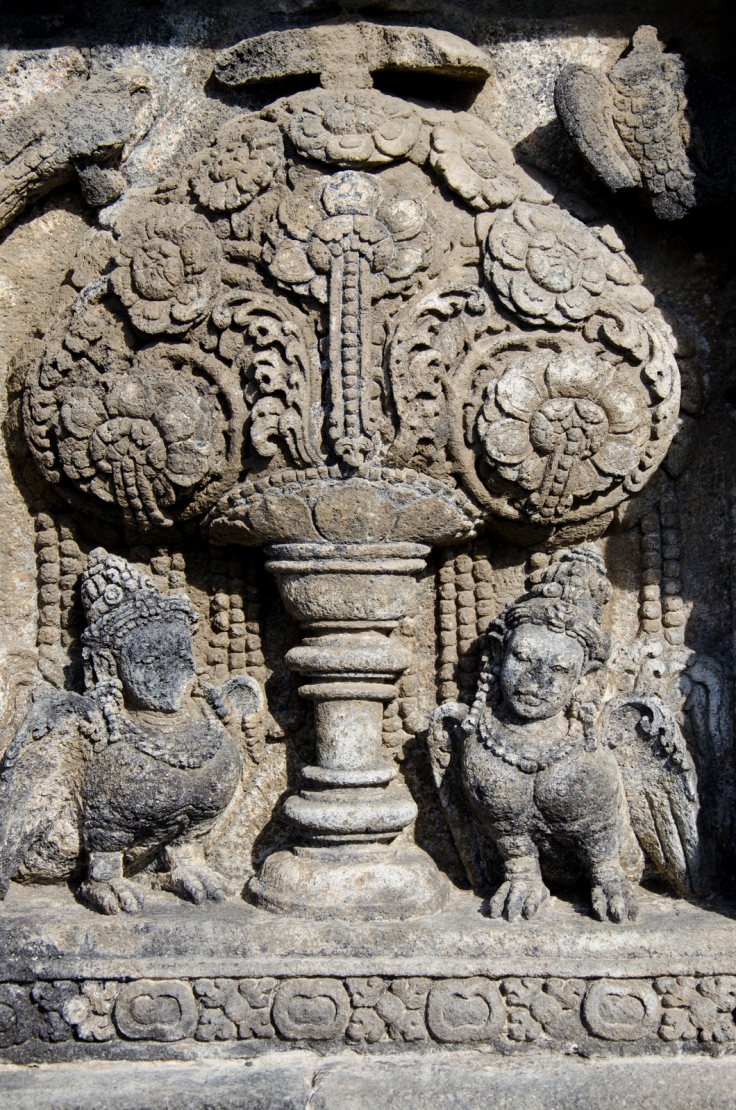 *All photos were taken by Josh.

Do you think the story is true? Does it remind you of the legend of Sangkuriang in any ways?

One thought on “The Legend of Rara Jonggrang”