Once more, I’ve gone far too long without updating this website. Despite not having made many plans for my time back in the US, I ended up traveling much more than I realized I would. So, without further ado, here is what kept me so busy for all of last month!

Josh and I spent a few days unwinding and catching up with my grandparents at their beautiful lake house in northeast Indiana. Clear Lake has always been one of my favorite places, and it was so wonderful to be back there after more than a year! Plus, it was a nice place to readjust to being back in the US. 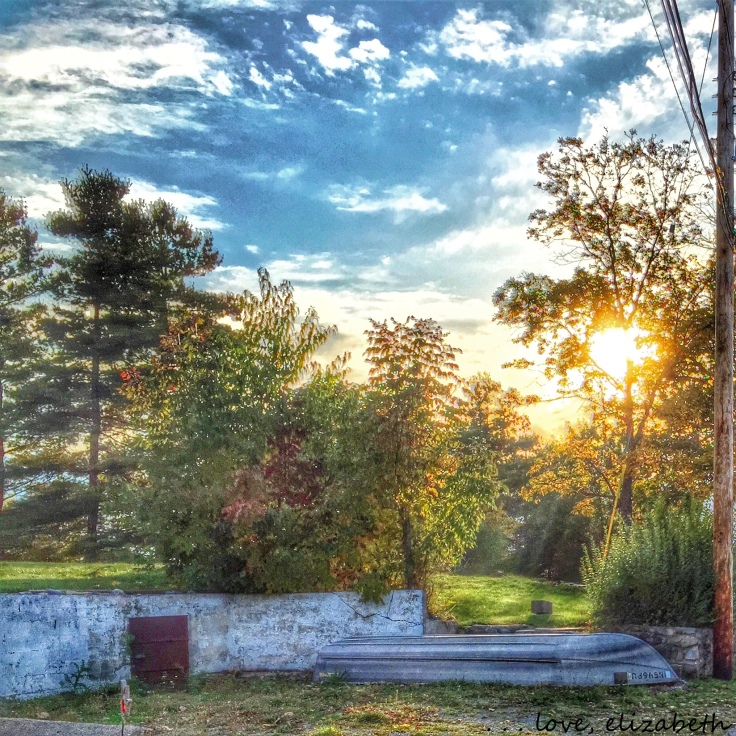 I enjoyed cooking with my grandmother, taking in the wonderful Midwest fall weather, looking at Josh’s travel photos that we hooked up to the big screen for nightly picture shows, and learning to use my new phone (which is what all of the pictures in this post were taken with!). 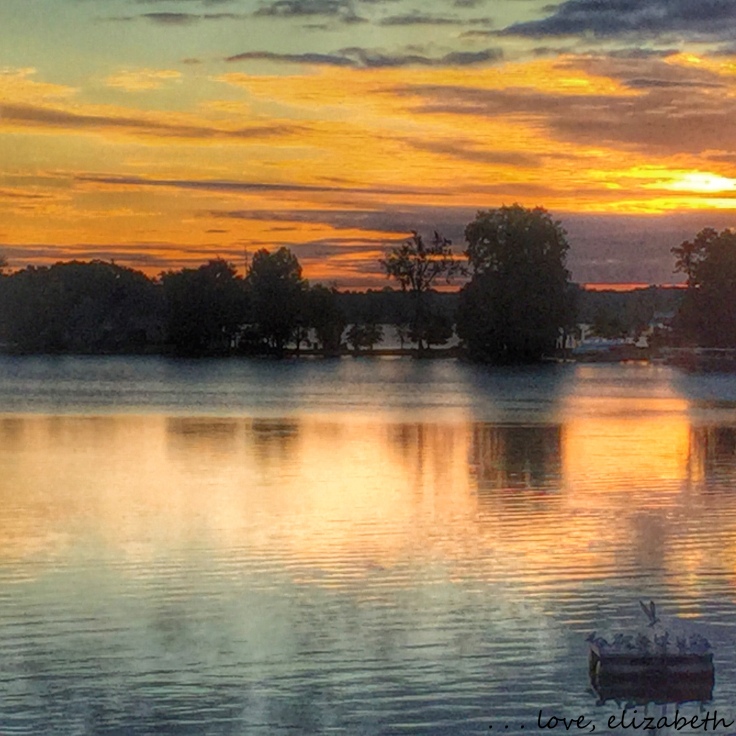 And then our road trip to Florida began.

From the beginning of our trip, we knew we wanted to take it slow. The first leg of the journey was just the familiar two-and-a-half-hour car trip between the Lake and my hometown that I’ve made dozens of times.

And yet we stopped to enjoy whatever caught our fancy. We excitedly pointed out the trains that passed by, marveled at a huge stretch of wind turbines, and stopped at a pumpkin patch to pick out some of the prettiest squash we could find. 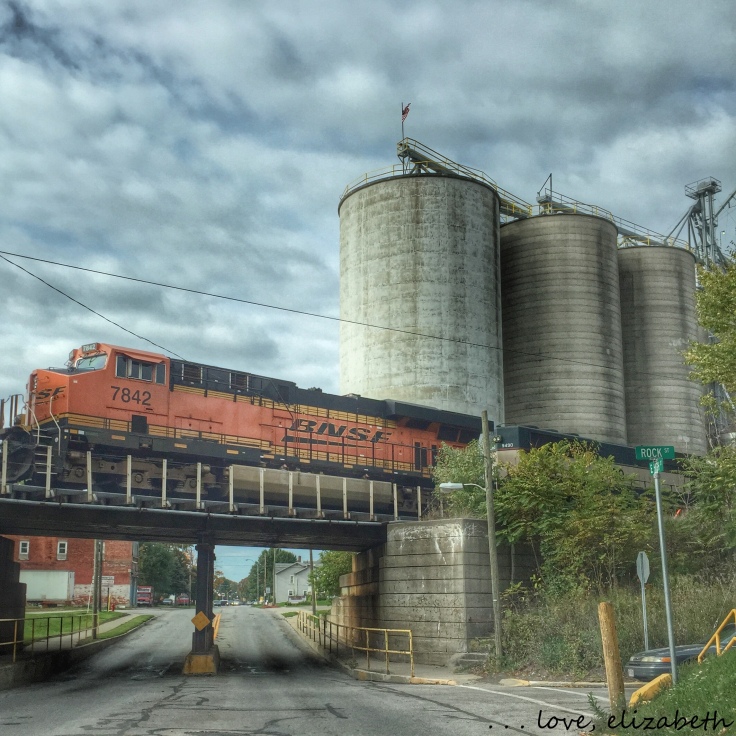 We spent one more evening at my dad’s house and then packed up and drove south. On our way to Cincinnati, I decided I wanted to see my favorite childhood park. We drove through Tawawa Park on our way through Sidney, and got out to walk around and take pictures of the changing colors. 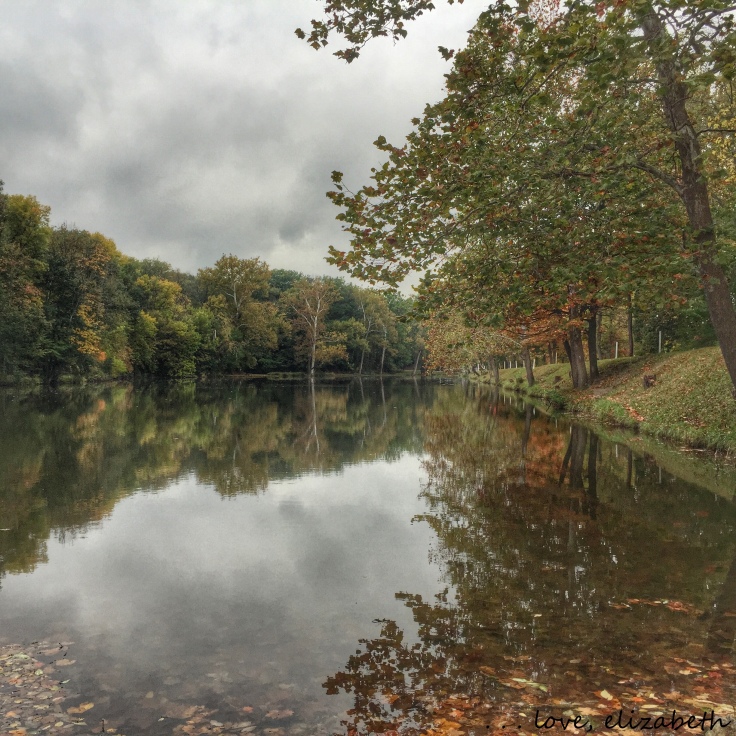 We made one more stop in Dayton to take in just a few of the aviation sites Ohio is known for. Josh especially enjoyed the National Museum of the United States Air Force, and even I had to admit that some of the planes were pretty cool. 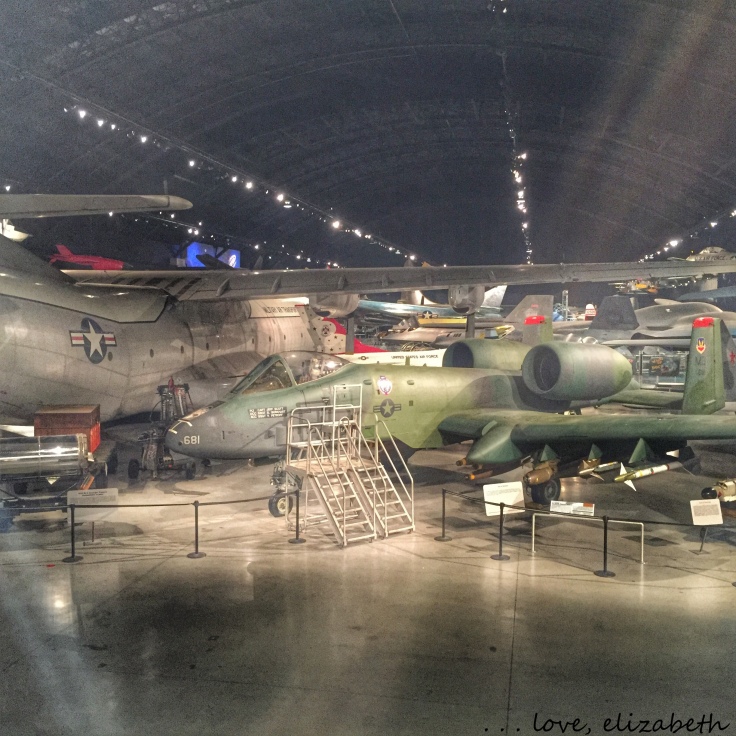 We stopped in Cincinnati for dinner with one of my friends but didn’t have time to enjoy the Queen City much longer, as a gigantic storm chased us further south into northern Kentucky, where we bunked with another friend for the night. We said our goodbyes the next morning and entered unfamiliar territory.

Josh and I were both surprised at how much we loved our time in Kentucky. Most of what we did in Kentucky was on a whim, and that was what made the trip so wonderful.

We followed signs that took us to historic downtowns, like Carrollton and La Grange. 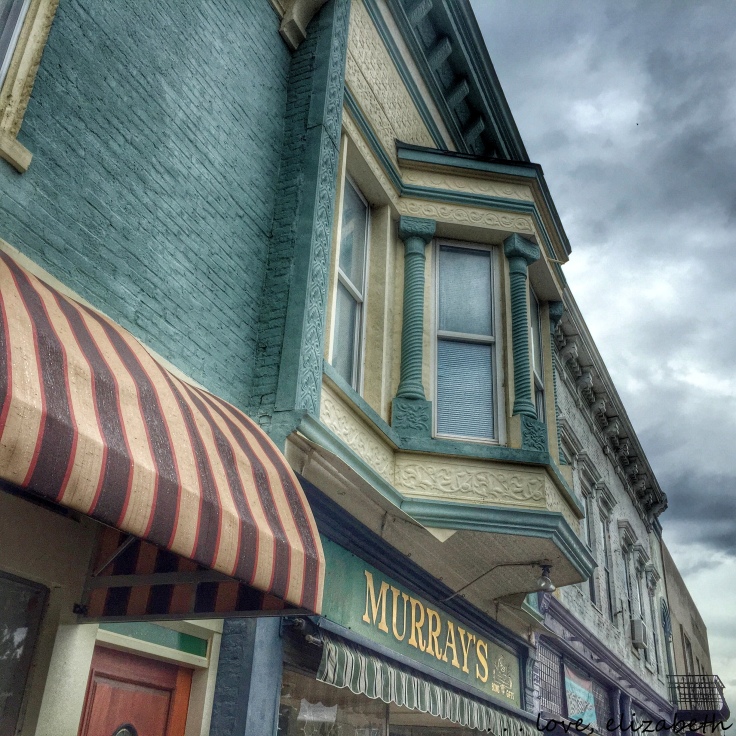 We wandered through the riverfront park and architecturally stunning neighborhoods of Louisville. 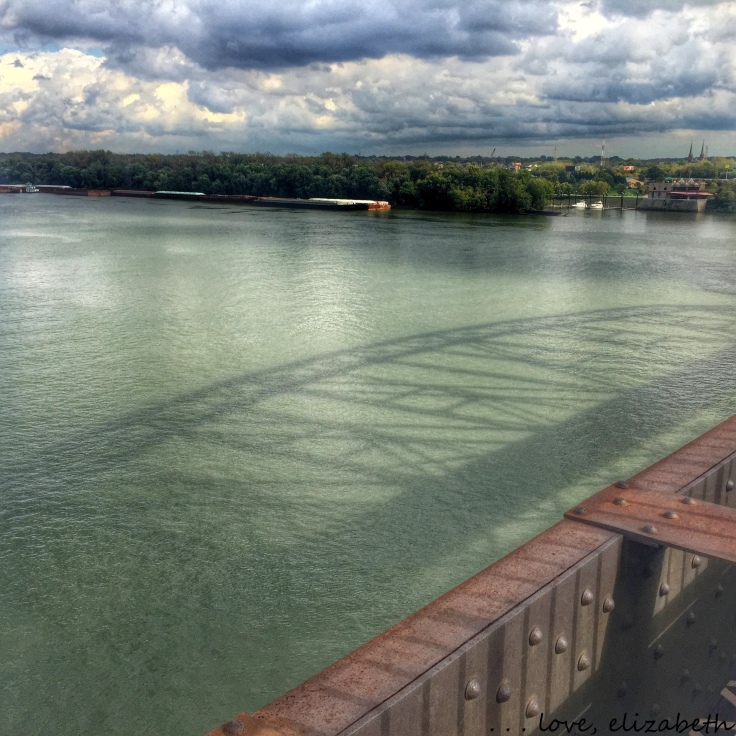 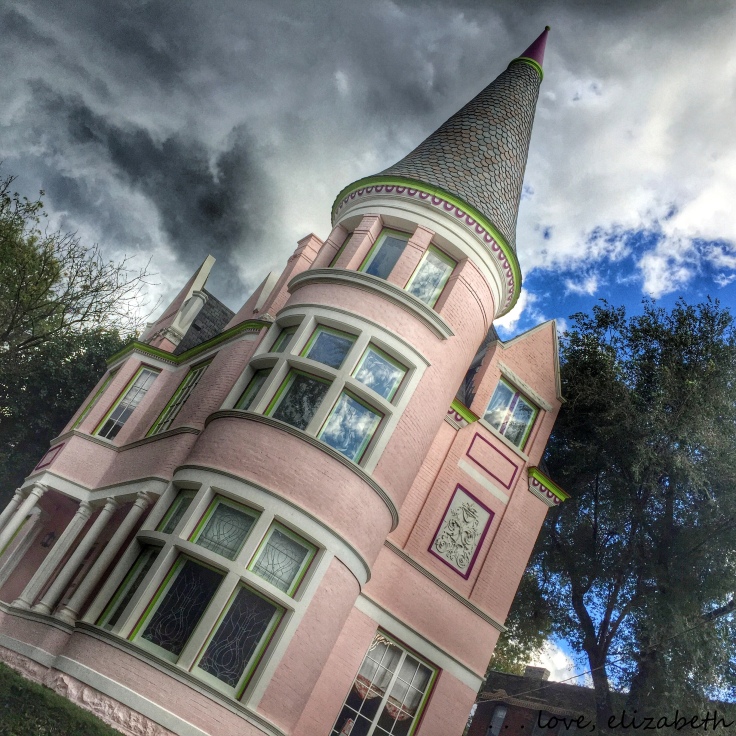 We got a dose of Civil War history in Elizabethtown and Hodgenville. 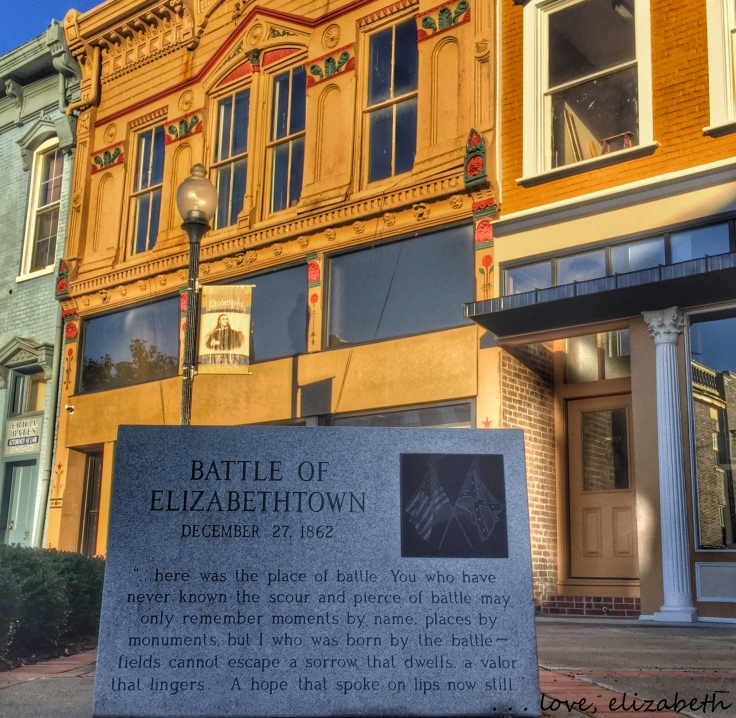 We explored the National Park areas of Abe Lincoln’s birthplace and boyhood home. 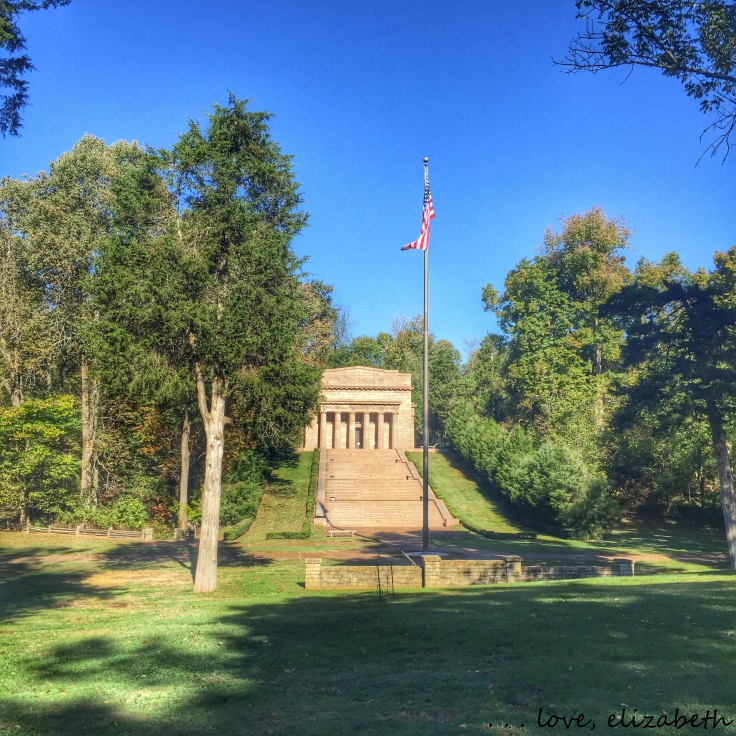 And we experienced some of Kentucky’s natural history up close from inside Mammoth Caves. 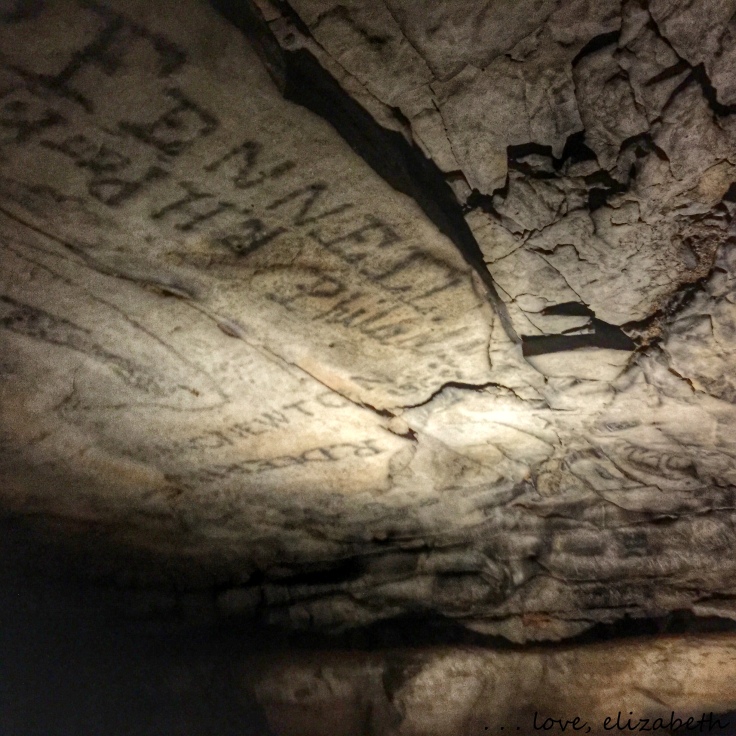 We also drove through thunderstorms, hail, sunsets, and sunrises. Despite the sometimes difficult driving conditions, we loved all of the sights we saw along the way. 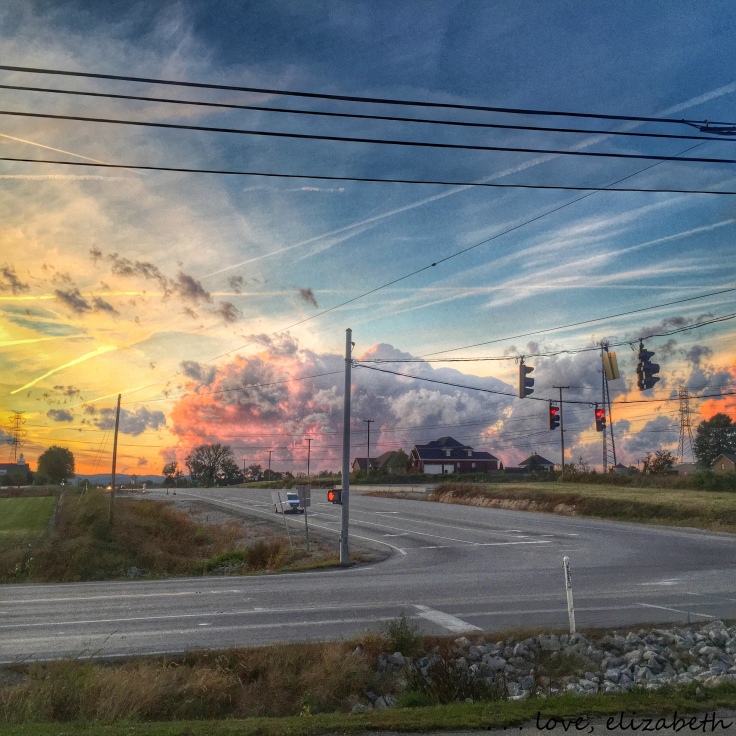 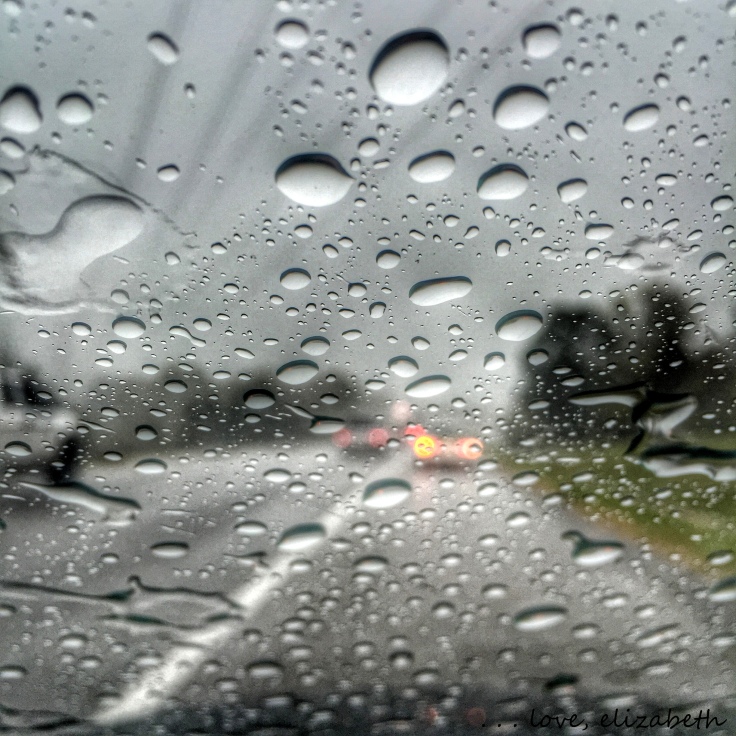 Though Josh and I were eager to explore Tennessee as deeply as we had explored Kentucky, we were also getting tired of moving around so quickly. We breezed through Nashville, with yet another storm chasing us through before we had a chance to really see anything.

Having heard such great things about Chattanooga (and having driven through dozen of times without ever actually stopping), I wanted to finally see the place, and we enjoyed a quick jaunt through its riverfront park. 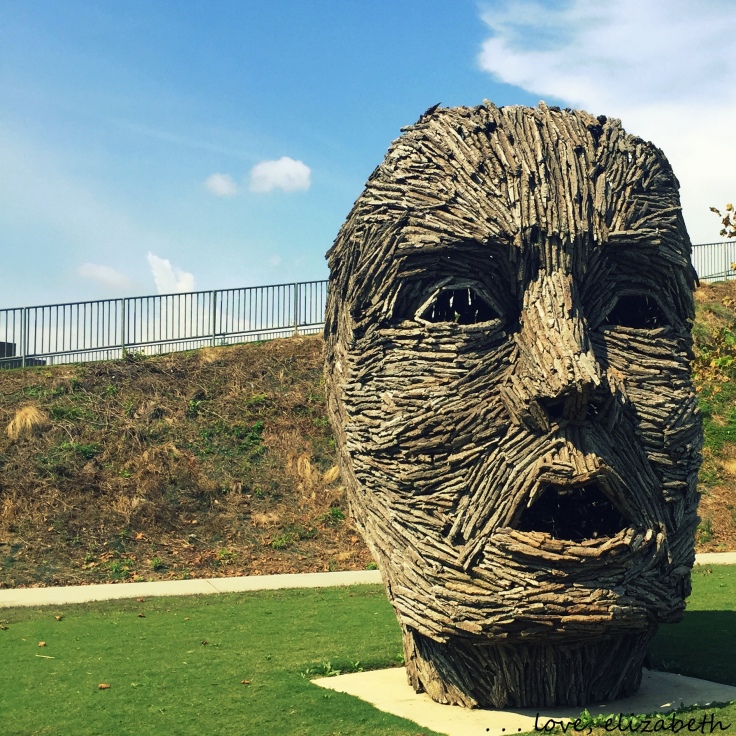 The closer I got to my family, the less interest I had in stopping anywhere else along the way. Two hours after leaving Chattanooga, we pulled into a familiar driveway in the middle of a mountainous area of Talladega National Forest, and I got to see just how much my five younger siblings had grown during the year I was gone.

Pictured here: Ricky is now taller than me, and Caroline and Georgie are just as goofy as ever. Katherine is off reading a book somewhere. 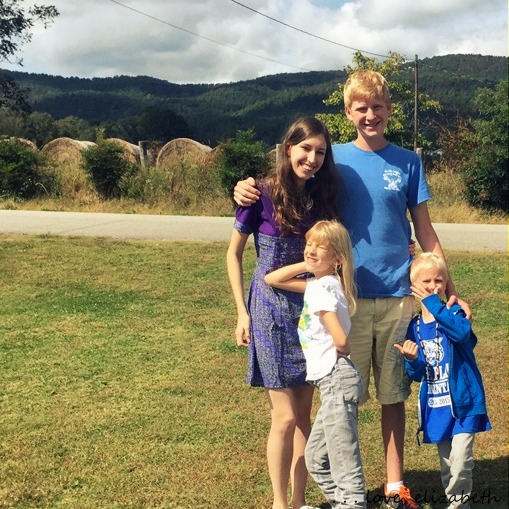 And I got to visit my freshman sister, Maggie, at her college dorm. It was so wonderful to be reunited with everybody again! 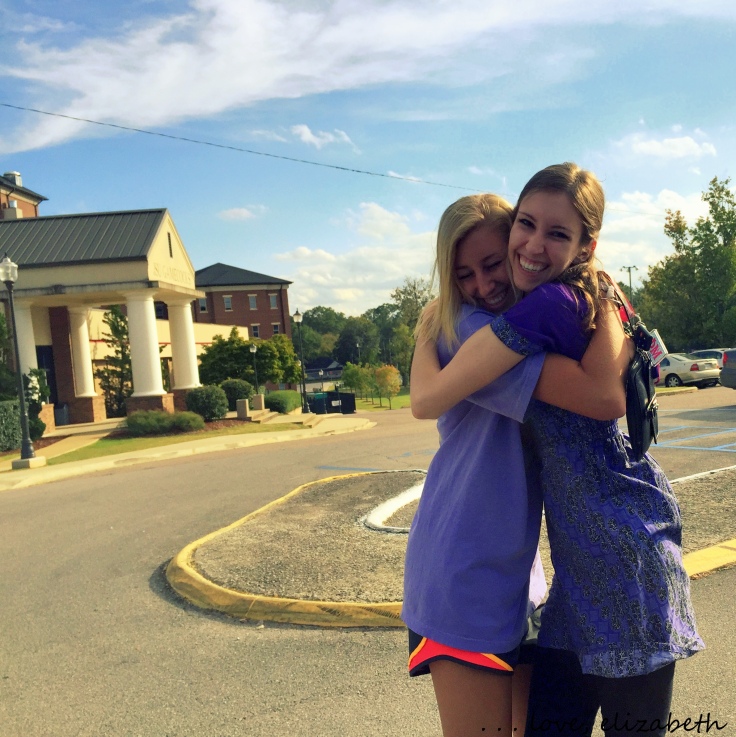 After a few days catching up with my family, we got ready to move on to Josh’s family in Jacksonville, Florida. My mom recommended stopping in Gulf Shores first, if we wanted to keep adventuring. Then she decided that she should come with us. And then she realized that Savannah was just about the same distance away, and that she’d rather have a family trip somewhere new and exciting.

So the next day, I loaded the car with Josh and Katherine. My mom followed with Caroline and Georgie, and several hours later, we arrived in the moss-covered streets of historic Savannah.

The kids had fun pointing out interesting things we saw along River Street (we all had fun watching the gigantic container ships float along the river) and playing in the multitude of city squares. 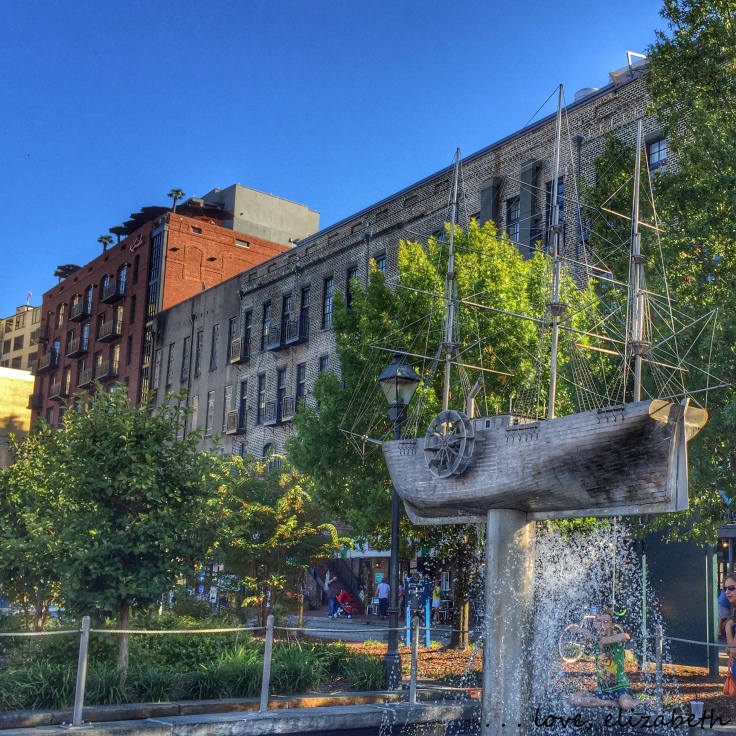 Josh and I took Katherine on a ghost tour that night, and we had a great time learning about the city’s macabre history. We all had fun on our hop-on, hop-off trolley tour the next day, as Caroline got to see the Girl Scout founder’s house, Georgie got to run around in more squares, and Katherine learned even more history. 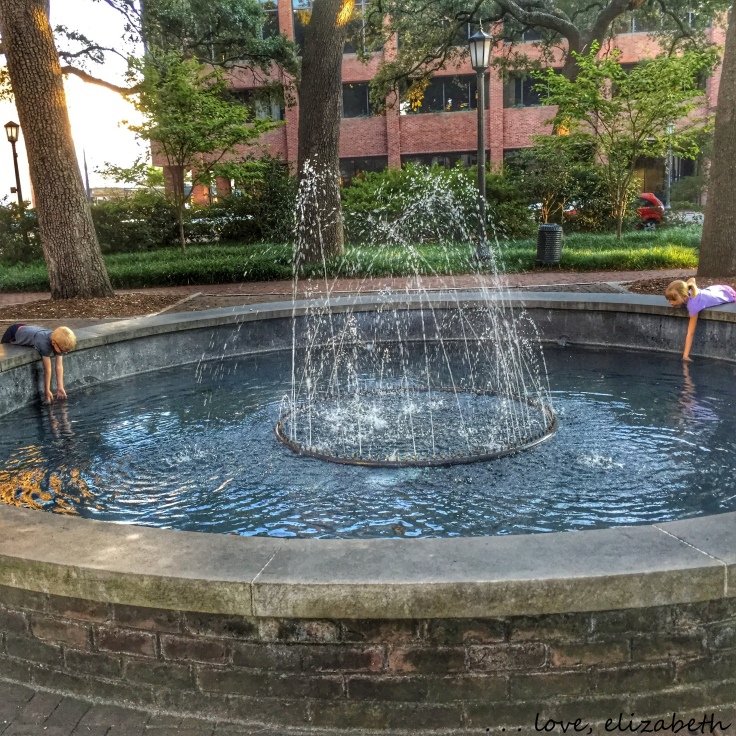 We only had a day and a half to spend in Savannah, and yet it proved to be the perfect place to take my three youngest siblings. Every single one of us left begrudgingly, eager to come back and spend more time there!

After saying goodbye to my family in Savannah, Josh and I finally reached the final state on our trip. I got to meet Josh’s family, and a few more of his friends. He showed me some of his favorite places around downtown Jacksonville, and we learned a little more about the city’s history at Fort Caroline and Kingsley Plantation. 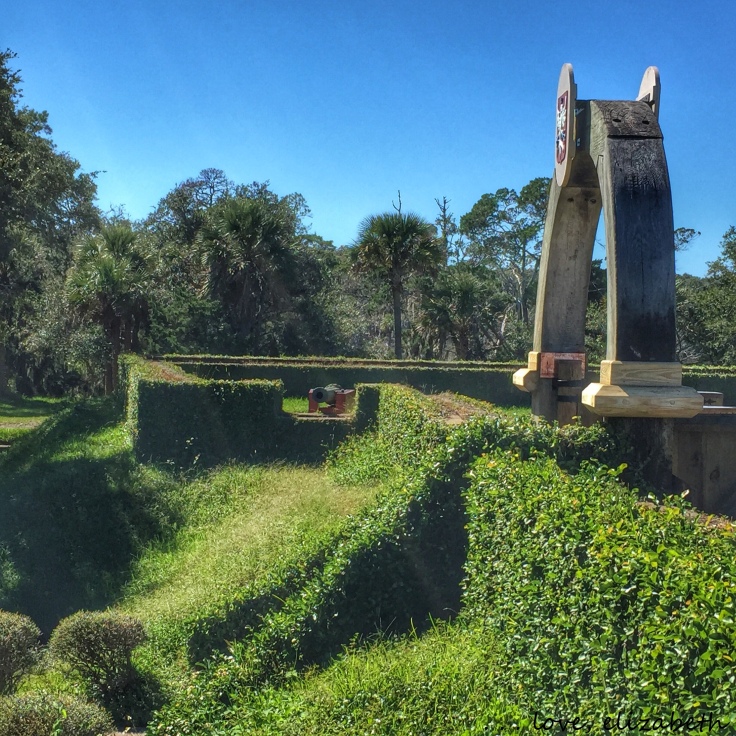 We spent our last morning in Jacksonville watching the sunrise from the beach. Then it was time to move on to the very last place on our journey. 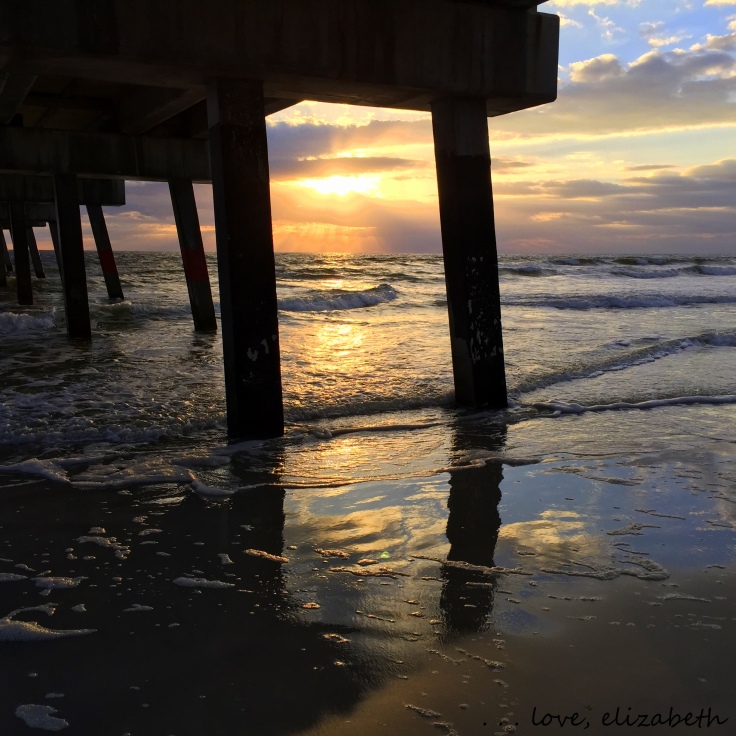 But first we drove through St. Augustine. We didn’t have time to stop, but I’m glad I saw some of the sights from the car, and I can’t wait to go back and see more! 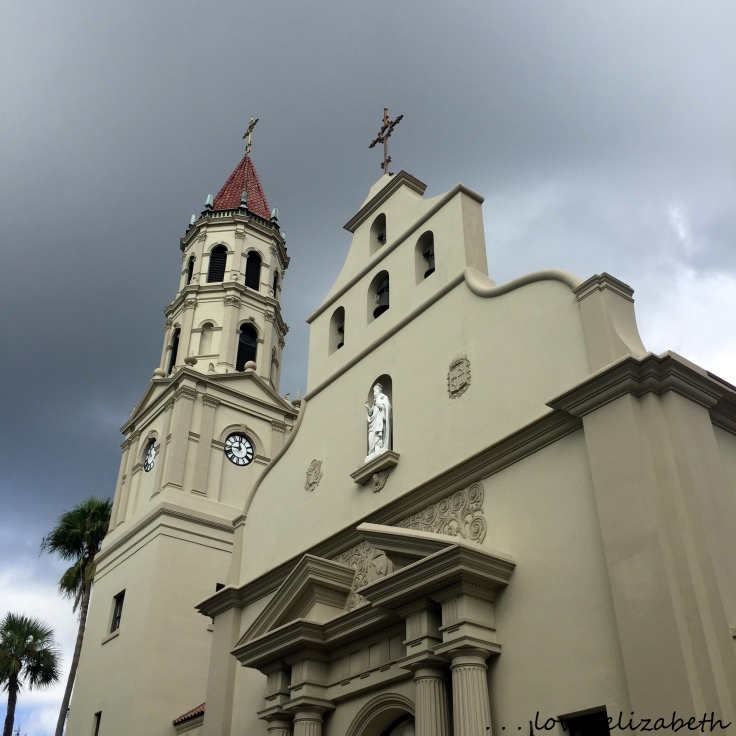 And then we stopped in Disney World. Just because we could! 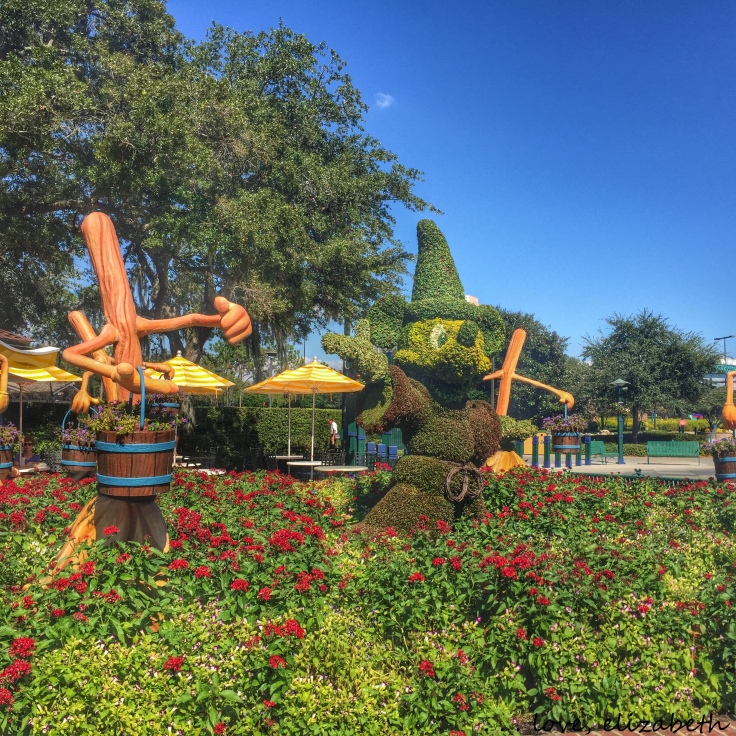 After a meal and a quick stroll through Downtown Disney, we hopped in the car and drove until we reached my grandparents’ condo in Bradenton, Florida.

With one last goal to complete our trip, we went out to dinner with my grandparents on Anna Maria Island, and then watched the sunset on the beach. 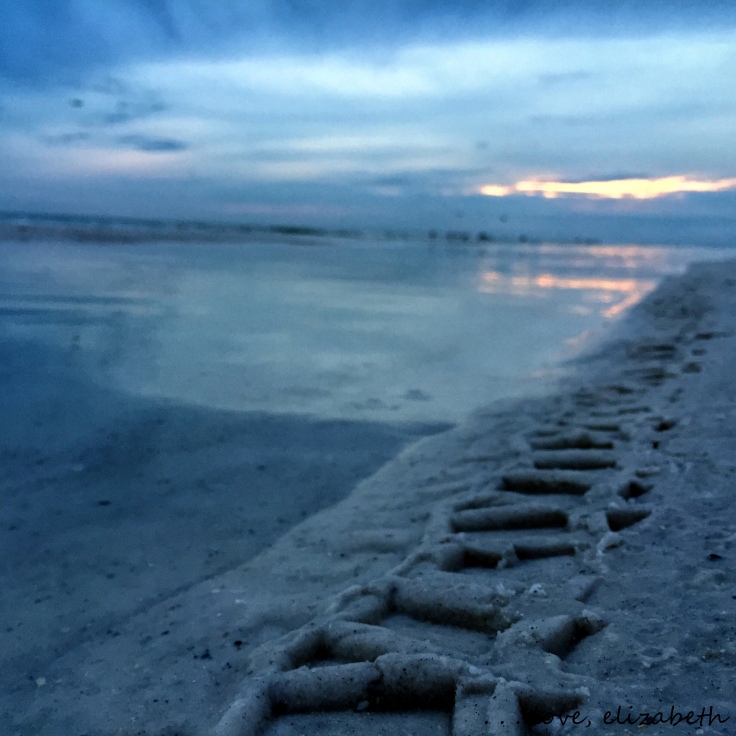 We spent the rest of the month settling down in Bradenton, our time split between frantic job searching and leisurely explorations of the area. By the end of the month, we had both received job offers and were feeling overjoyed at the fact that we had chosen the west coast of central Florida to begin the next chapter of our adventures.

Thanks to everybody who stuck around during my long break from writing, and now that I’m settled down, I have more travel stories to share on here! 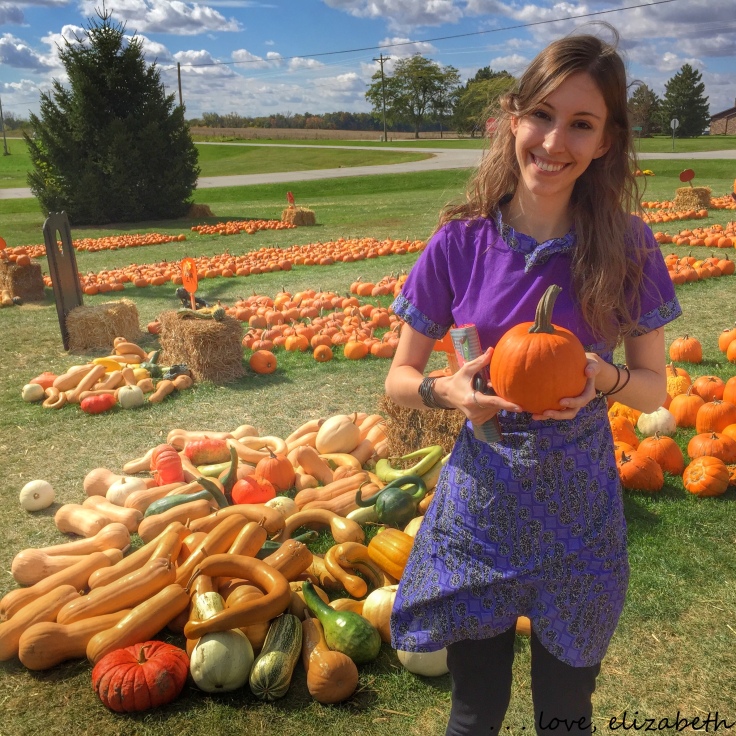 One thought on “Monthly Update: October 2014”