A White Christmas in Winter Haven

I know that it’s several weeks past the holidays, but bear with me as I share this and one other post about some Christmastime magic I got to experience!

As I’m more spiritual than religious, I opted to spend the morning of December 25th on a walk in the swamp park near my house. While my friends and family in Ohio had to endure a cold, wet, snow-less day, I got to enjoy a White Christmas. Of course, it was only white because the world was covered with thick fog, but I thought it really felt like a winter wonderland as I walked around in my Mistletoe Minnie Mouse hoodie and flower-print running shorts with my camera in hand.

To get to my park, I had to walk across train tracks, which were bathed in mist and felt slightly spooky.

Things got even spookier as I discovered what spider webs look like in the fog. I’ve been to this park dozens of times, but this was the first time I had ever noticed how many spider webs there were. Everywhere I looked, there was a shimmery patch of white that veiled a tree branch or a clump of grass.

Looking closely at the intricate webs inspired me to seek out other textures, and soon I was having my own little scavenger hunt to find other details that I may have missed on my countless jogs through the park. 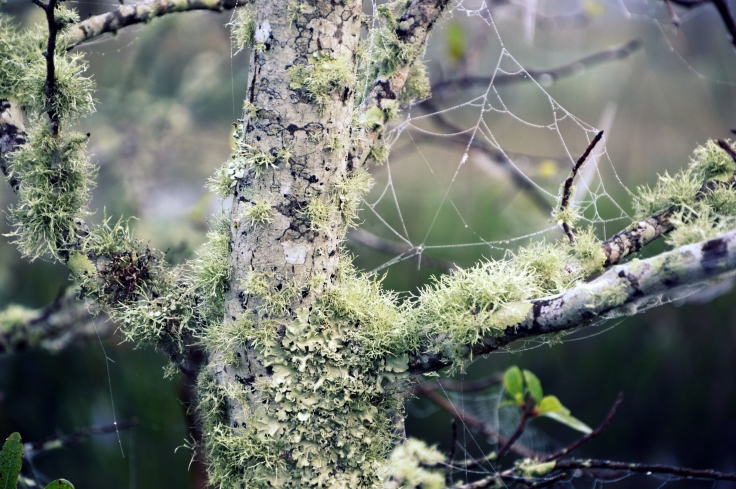 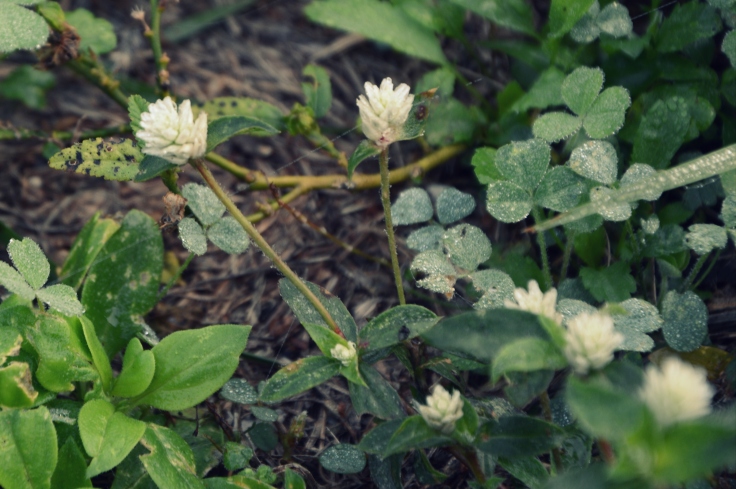 The atmosphere stayed moody as I took in the misty vistas and strands of Spanish moss that cloaked several of the trees. 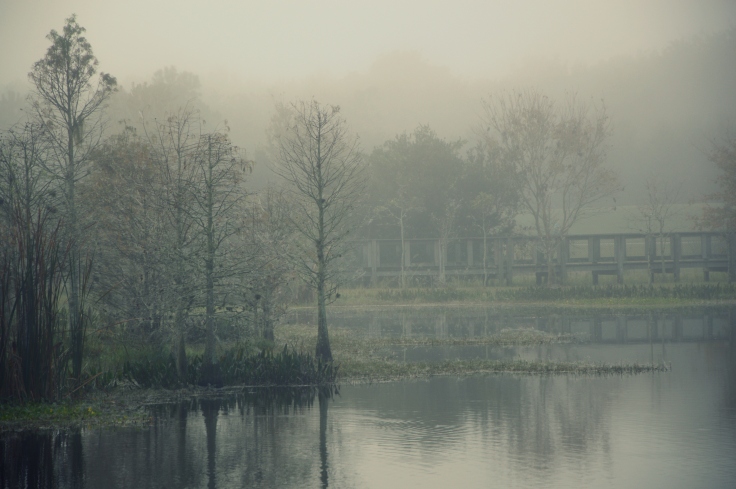 Of course, there were some bright moments that were only slightly tinged with a touch of darkness. Like the bright orange leaves in the background of a perfectly sparkly web, and the adorable photo of the squirrels who were actually fighting to the death.

And finally, there were some moments that carried a hint of the macabre mixed in with some holiday cheer. Because what says “Christmas spirit” more than red berries and pine needles covered in a garland of web?! 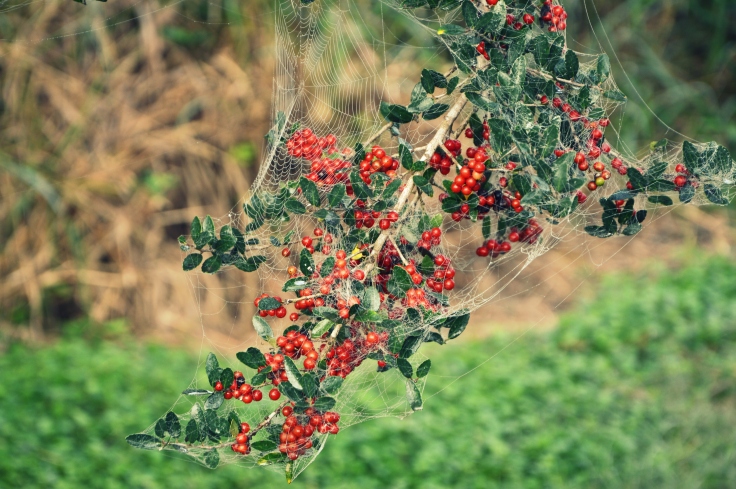 If I hadn’t had big plans to make gingerbread cookies for my family’s arrival, I might just have stayed at my little park until the fog cleared, until the stillness evaporated, and the mourning doves’ sorrowful hoots were joined by the happier chirps of the other birds.

But I left my quiet winter wonderland and headed back home with a promise to myself that it wouldn’t be long before I went on another foggy morning adventure. And indeed, it was only a matter of weeks until I found myself in another swamp, surrounded by more glistening spiderwebs–but that is a story for another time!

How did you celebrate the holidays? Let me know in the comments below!

One thought on “A White Christmas in Winter Haven”