I kicked off the month with a trip to Disney World with my friend, Meredith, who was visiting from Cincinnati. We spent two days exploring the parks on our own before my grandparents arrived, and we did the parks with them.

After Meredith left, I had about a week to get back to my normal routine before it was time for another trip, this time for a week in Ohio during my spring break. I’ve already written a little about one of the days I spent in Cincinnati and a mini-adventure in Wapak.

Other things on my Ohio agenda were: vegan cooking and lazy mornings of watching HGTV with my sister, day trips and movie nights with her and my dad, and an escape room when my brother arrived for the weekend. I also had a chance to visit my Minster grandparents, my Van Wert grandma, and my favorite professor from the community college I attended during high school.

On my drive back home, I had a chance to see one more Ohio friend who happened to be at Disney on his spring break. A few days later, I paid another visit to Disney to meet up with my mom and my youngest brother.

March was a fantastic month of reunions, and while I wasn’t as productive in some areas of my life (RIP my clean desk/clean clothing/clean floor/clean anything), I wouldn’t give up any of the incredible amount of fun that I had with all of the people I love!

Nothing! Well, no books, at least–I did catch up on a lot of articles from websites that I follow. I listened to some audiobooks during my road trip up north, but I didn’t make time to sit down with any print or ebooks this month.

In addition to all the usual shows I watch, I ingested a lot of TV and movies this month. 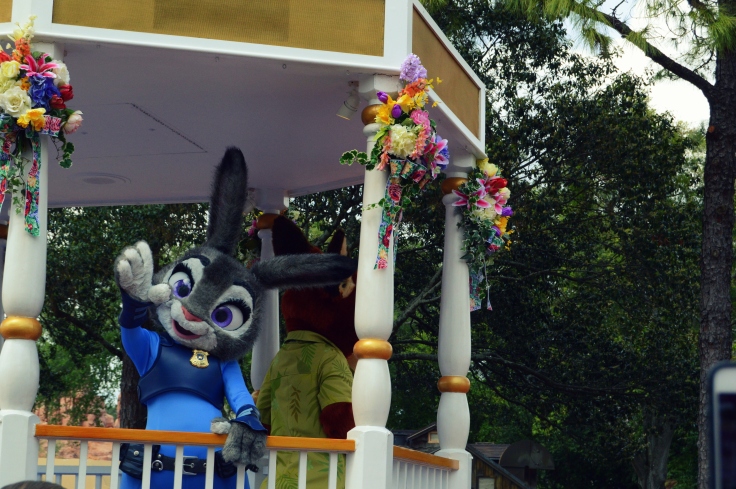 Zootopia: *insert heart-eyes emoji here!* Movies with talking animals have always felt pretty gimmicky to me, so I ignored everything that I saw about this movie until 2 days before the release, when Meredith dragged me to an extended preview of the movie at Hollywood Studios. I was stunned and got myself to the theater asap. I loved how upbeat the movie was in dealing with really heavy topics like prejudice and the mistreatment of minority groups without feeling preachy. Can’t wait to watch it again!

Crimson Peak: I wanted so badly to see this in theaters when it came out in October, but I never had a chance. When my family said they were up for watching a scary movie, I insisted that we get this. I knew that it was a vivid Gothic romance/thriller or something like that. I love a good period piece, and I’ll handle an occasional spookfest if there’s more going on than just ghosts. This movie was everything I ever wanted and more: lurid symbolism, campy costumes, sappy dialogue, occasional gore, and just the right amount of ghost encounters. Definitely including this one in my October scary-movie marathon.

The Intern: At Maggie and Dad’s suggestion, I agreed to watch this movie and loved it as much as they did. Such an adorable movie with lots of feel-good moments. I love Anne Hathaway, and she and Robert De Niro worked so well together in this story!

Fuller House: Even though it’s just as bad as all my friends insisted, Maggie made me watch the first episode and couldn’t stop till I finished the season, because nostalgia.

Flea Market Flip: Another show I watched because of Maggie and her inherited obsession with HGTV (I’m the last family member to finally gain interest in the channel), this show was exactly the kind of thing I’ve always wanted to watch. Seeing all of the competitors re-purpose old flea market furniture made me want to do the same in my own house. Maybe someday I’ll have time for that!

House of Cards: Somebody get me a Claire Underwood 2016 t-shirt! So much love for her flawed character and the insane political system she’s tangled up in. 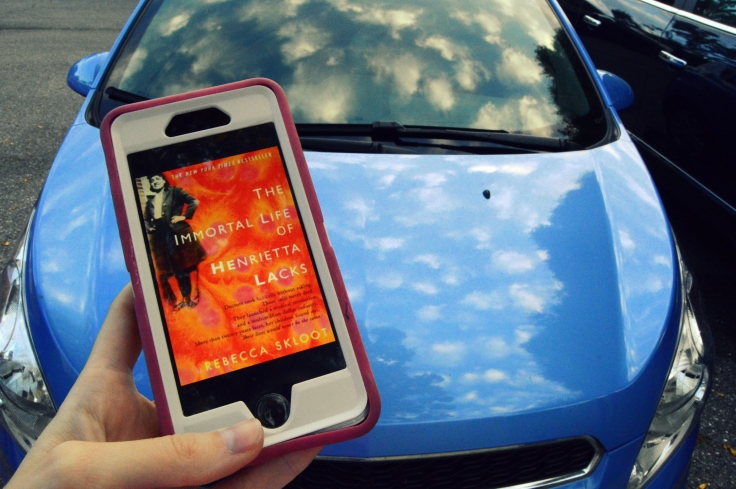 The Immortal Life of Henrietta Lacks by Rebecca Skloot: This audiobook entertained me for the first leg of my road trip up north. I was shocked to discover that Henrietta Lacks–and the cells that were taken from her–have had such an impact on modern medicine and yet I had never heard of her before. Skloot did a great job of weaving together the story of Henrietta, her family’s hardships, and the scientific legacy that succeeded her. 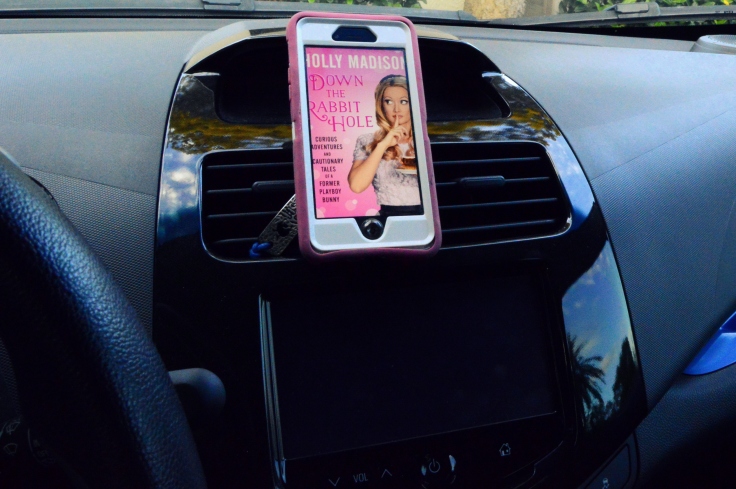 Down the Rabbit Hole: Curious Adventures and Cautionary Tales of a Former Playboy Bunny by Holly Madison: I ended up having to take a break from Henrietta Lacks after a few hours when the monotony of my car trip started putting me to sleep. Luckily, I had downloaded a sleazy audiobook in the event that I had trouble following one of my usual reads. There was nothing spectacular about the writing (and in fact there were plenty of grammar mistakes) but it was fun to hear Holly’s impressions of Hugh Hefner, and a healthy dose of juicy celebrity gossip was much needed as the miles started to drag on.

Carry On by Rainbow Rowell: This book came recommended by so many YA enthusiasts that I thought I’d see what it was all about. I particularly loved listening to it on audio, since there were so many beautiful English accents in it. This book is almost a direct knock-off of the Harry Potter series, with a little more diversity thrown in, but it’s meant to be that way since it’s a novelization of a boy-wizard story that was mentioned in another book by Rowell. Somehow, this book ended up drawing me in just as much as the Harry Potter books did, which I thought was quite a feat.

“Radio Hour: Live from Dublin” on the Moth Podcast: This recent episode had of the most chilling stories I’ve ever heard, called The Shower. In it, a man recounts his time as a child in Bergen Belsen, and the way that he tells it is so compelling that it still haunts me. Even if you don’t listen to podcasts, I recommend following this link to his story.

With so much going on, I only got around to a few pieces.