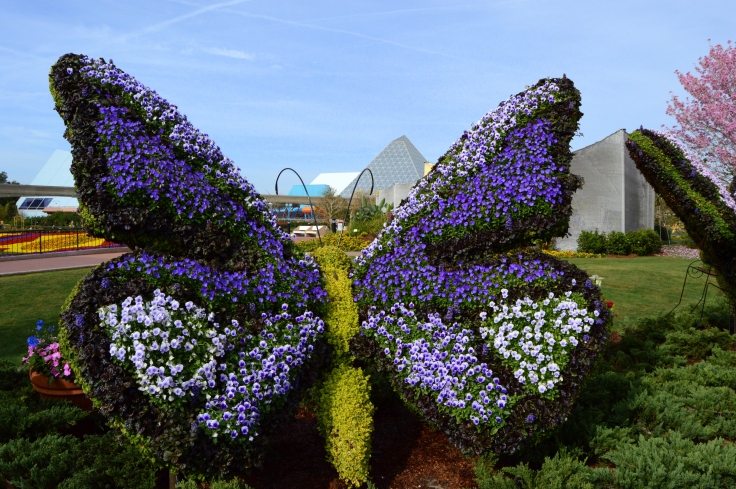 As I’ll be on a road trip for the next month or so, I thought it would be a good time to share some of my favorite things from this spring’s Flower and Garden Festival at Epcot. I’ve already shared some of the macro photography I’ve been working on, and this week is all about the shrubbery!

One of my favorite parts of Epcot’s festivals is going to the festival center and watching the behind-the-scenes videos that give an in-depth look at what it took to make the festival happen. Of particular interest to me this year was the topiaries; there is so much that goes into sculpting this living art, and I was constantly impressed by it all.

After the idea for a character topiary is first conceived, the artists must create a 3-D model of that character so that they can see what it would look like from all angles. They are very strict about making sure they capture the character exactly as they appeared on screen. Next, welders create the metal outline of the character. Experts then install an irrigation system inside the metal frame (these topiaries have to last 3 months), the structure is filled out with stuffing, and then the plant life is painstakingly woven and placed in the correct spots to depict the character. Finally, the completed topiary is carefully transported to its location in the park.

My description is a huge oversimplification of a process that takes more than a year (one of the cast members mentioned that before this year’s festival started, they were already beginning to work on next year’s festival), but you definitely get the idea that a lot of hard work and Disney magic went into bringing these characters to life.

The first topiary that I noticed this spring popped up a few weeks before the festival officially started, but I wasn’t going to complain about seeing Snow White in Germany.

Cinderella danced with her prince at the edges of the French garden. 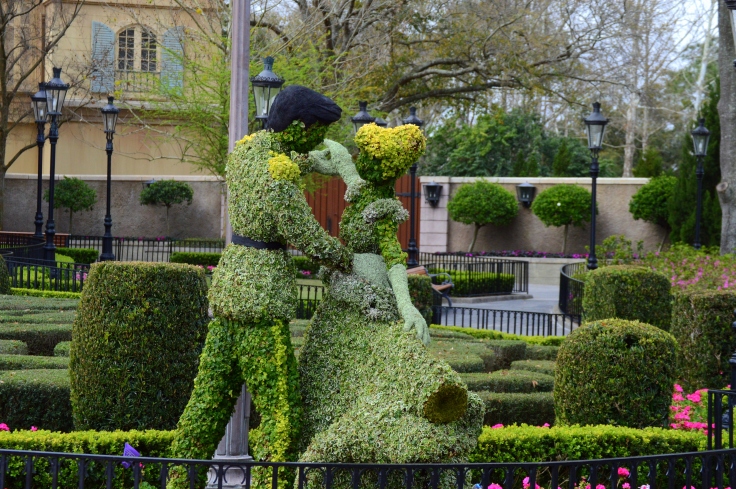 Pooh Bear and friends were hanging out in the UK, and Piglet looked especially cute.

Donald and his nephews represented the “Fresh Epcot” theme as they marched through a vegetable garden. 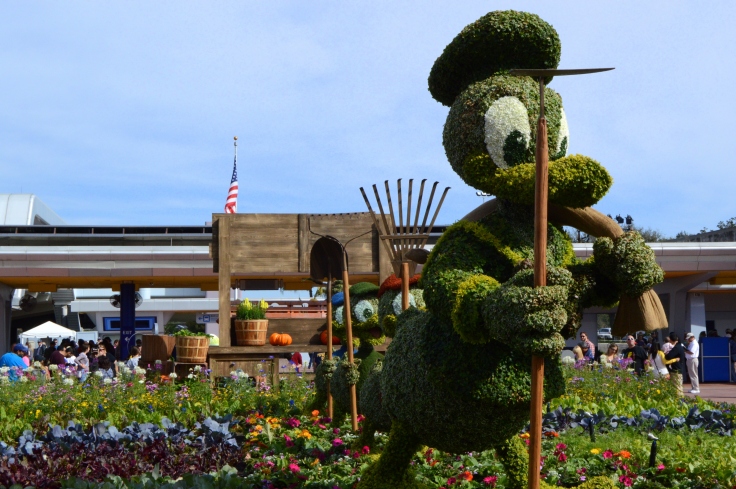 Woody stood among some bright flowers in front of the American Experience.

Beauty and the Beast is always one of my favorites, and they looked great in front of all the French architecture.

Peter Pan teased Captain Hook from the top of a building in the UK. 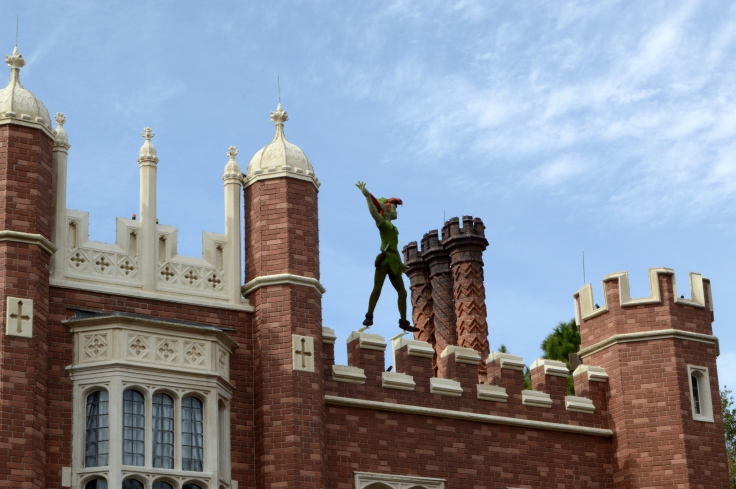 And Sorcerer Mickey was surrounded by an especially beautiful garden. 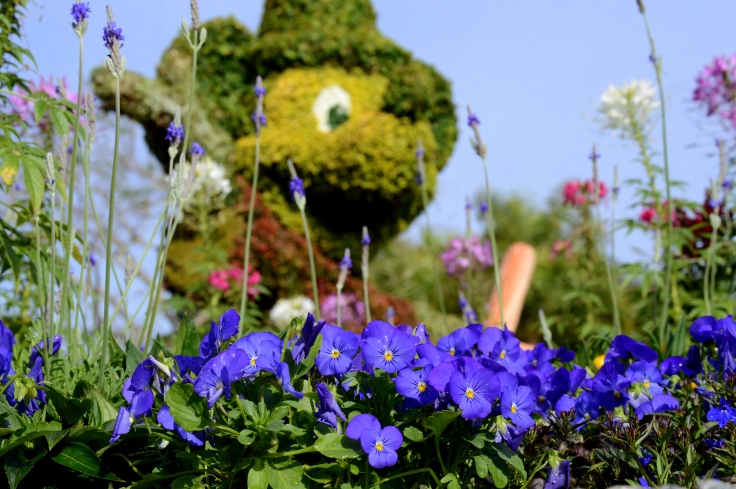 Of course, these were just a few of the topiaries from this year, and I can’t wait to see what new designs they bring to the festival next spring!

Did you go to the Flower and Garden Festival this year? What topiaries were your favorites?