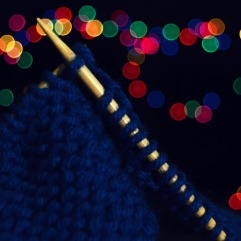 If you’re a teacher, then the best way to sum up the first 2 weeks in December is: survival mode. Once my last day of school was finished, I hit the road and went to pick up my little sis from Georgia.

For the first week of my break, Katherine and I reveled in being homebodies with a few intermittent breaks to go to Hogwarts and Disney. Finally, it was time to get her home in time for Christmas Eve, so I had the rest of my break to do whatever I wanted.

Having celebrated Christmas with my family in November, I spent Christmas day chilling with a book (or several). I did get a quick trip to Bradenton the following day to have a lovely visit my grandparents. Then I spent the rest of my week bumming around my apartment (translation: I read more books) and getting a head start on my 2017 goal of trying out new things.

First new activity: rock climbing. A week later, and my arms are still recovering, but I had a blast learning all of the skills and pushing myself to reach the top. (Those interested can check out Aiguille Rock Climbing Center north of Orlando.)

Next new activity: seeing more of downtown Orlando and going to SAK Comedy Lab. (If you don’t count work or Disney, I was a bit of a shut-in last year, so going out at night to a social thing like this was a huuuuuge step forward for me!) 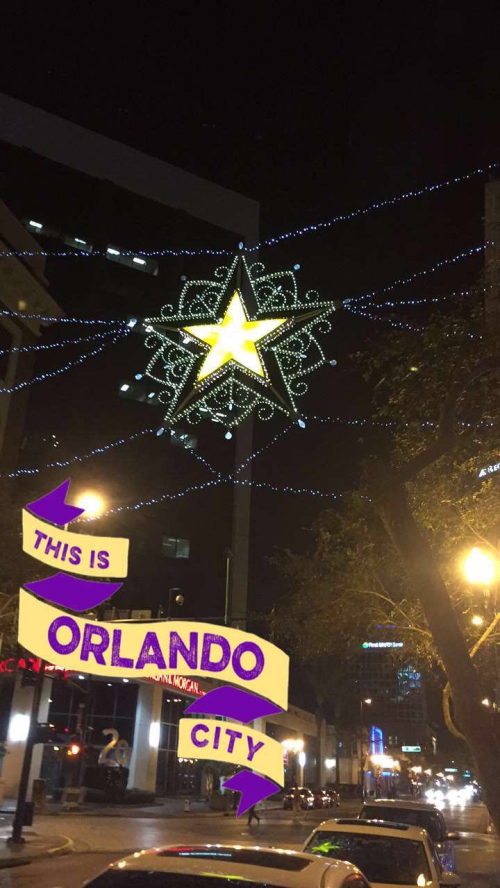 I ended the year in the most Elizabeth way: early bedtime and a Star Wars audiobook. 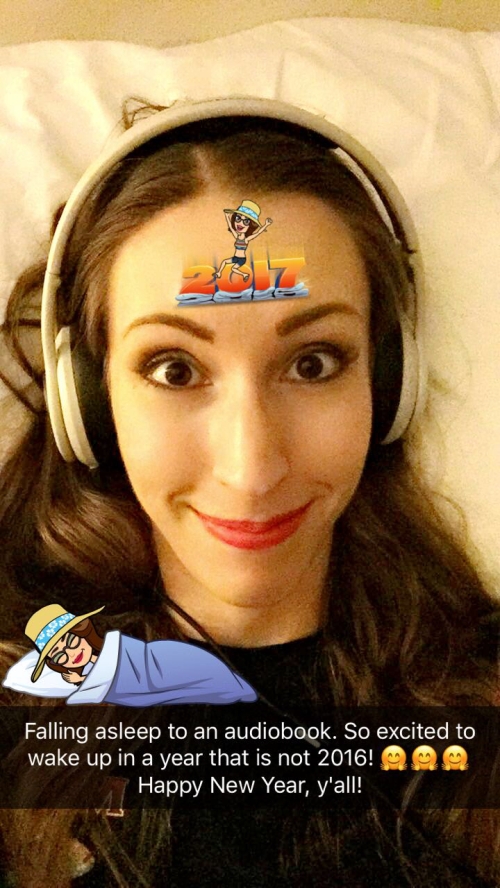 Raising the Barre: Big Dreams, False Starts, and My Midlife Quest to Dance the Nutcracker by Lauren Kessler: The subtitle says it all; loved this memoir about a woman learning ballet as an adult.

Can you tell I spent a lot of time in the car this month?!

The Prime of Miss Jean Brodie by Muriel Spark: As part of a 2016 reading challenge, I had to read a book in which the main character had the same profession as me. Did not really get into the story of this unconventional teacher.

You Will Know Me by Megan Abbott: YA fiction about an Olympic gymnast and the crazy relationship drama that tore apart her family. I was interested in the gymnastics bits but it wasn’t worth it for the other stuff that read kind of like a crime/mystery novel.

Good Morning, Midnight by Lily Brooks-Dalton: Another book that failed to capture my attention. Post-apocalyptic tale that splits its focus between a survivor at an Arctic research station and some astronauts who survived the apocalypse but are stuck in space. Somebody on Goodreads described it as “slow-moving but highly descriptive,” so that is likely why I never felt sucked into the story. Not the kind of prose that translates well to an audio format, in my opinion.

Between Shades of Gray by Ruta Sepetys: Holy cow, this was an eye-opening book about a Lithuanian family who was sent to a Siberian labor camp under Stalin’s rule in 1941. I didn’t know much about this section of the globe, so I took the opportunity to research a little more into the history. I love how books can inspire learning like that.

Tiny Pretty Things by Sona Charaipotra: Students at a ballet academy in NYC dealing with teenage drama. Too much drama and not enough dance. Won’t be reading the sequel.

The Princess Diarist by Carrie Fisher: I just listened to Carrie’s first memoir last month because I needed something to tide me over until I got my copy of this one from the library. After getting the awful news about Carrie and coming down with a bad case of food poisoning the next day, I gave up waiting for my library copy and just bought it online so that I could spend my sick day listening to Carrie. No celebrity death has ever hit me so hard and I still feel like I’m not ready to live in a reality without my favorite real-life princess. 😦

Endurance: Shackleton’s Incredible Journey by Alfred Lansing: Nonfiction about Shackleton’s voyage to cross all of Antarctica by way of the South Pole. Major plot points included: adventure, ice, illness, injury, sleep deprivation, starvation, dang-we’re-stranded-here, yay penguins, penguins for dinner, dogs for dinner, no toilet paper, seriously-let’s-just-use-packed-snow-on-our-butts, frostbite, gangrene, didn’t-need-that-arm-anyway. Overall theme of toxic masculinity. Spoilers: After more than a year of being stranded down there, all the men on the expedition actually survived.

Version Control by Dexter Palmer: Very long and very slow. I’d heard it was a phenomenal science fiction read that explored parallel dimensions and time travel, but the focus was more on characterization and world-building than actual plot, so I was ecstatic when the thing was finally over.

Astonish Me by Maggie Shipstead: Another novel about ballet dancers. The plot was interesting enough but I didn’t love it.

The Painted Girls by Cathy Marie Buchanan: This historical fiction was about a ballerina who modeled for Degas. I liked the idea of the story itself and I wanted so badly to love this book, but French historical fiction always stresses me out because it seems like everybody back then just lived crappy impoverished lives and tried their hardest not to die of syphilis.

Moana is my new favorite Disney musical. I have listened to nothing but this soundtrack since it came out in November. So perfect!

ROGUE ONE WAS ABSOLUTE PERFECTION. No further comments.