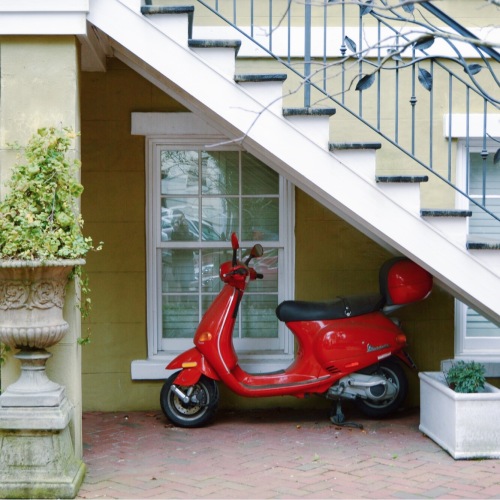 January was so fantastic that I really wasn’t sure if anything could top it, but February was even better! This month involved photography adventures at Disney and down in Bradenton, a trip to Savannah, a drastic haircut (donated 14 inches of my hair), and a 10k. I also feel like I’m still going strong on the goals I laid out for myself. 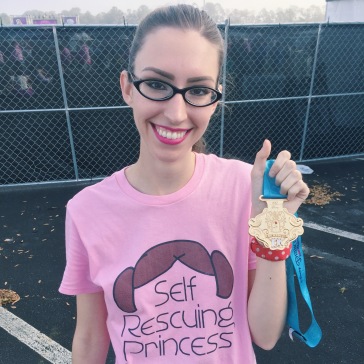 Processed with VSCO with c1 preset

With some of my other commitments and work taking up a huge portion of time, I haven’t been able to work out as much as I wanted to this month, but I still ran and did yoga several times a week, which all led up to the Princess 10k at Disney later in the month.

After using up most of the packaged foods I still had in my pantry, it was time for a fully zero-waste shopping trip. I brought my jars and tupperware to Whole Foods, had them weigh all the containers, and then went to town on the bulk bins. It was so satisfying to buy things with no packaging (other than the produce stickers), and the really cool thing about the produce at Whole Foods is that they say where it’s sourced so it’s easy to buy local fruits and veggies. It only took that first trip for me to be a WF convert!

Another step I took in my zero-waste journey was starting to compost my kitchen scraps. Rather than buying an expensive composter that would take up too much room on my balcony, I found 2 small trash cans at Goodwill, drilled holes in them for ventilation, and then set them up on my balcony.

Now that I’m composting, the amount of trash I produced in all of February was a tiny little trash bag, mostly from tissues and packaging from foods that were still in my pantry from before I started shopping zero waste. 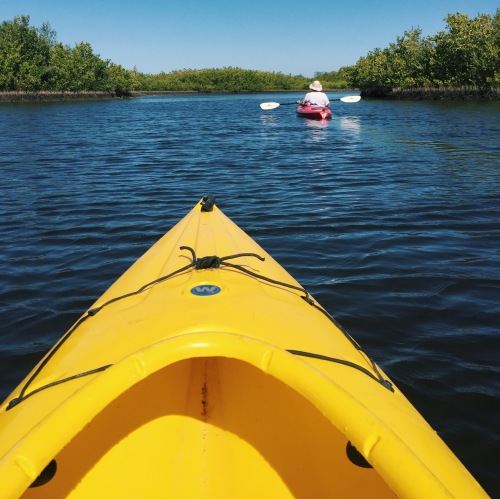 Probably the most significant new experience of the month was that I tried out kayaking during my Bradenton trip. I’m terrified of bodies of water, so it was a pretty significant endeavor. I ended up loving it and was happy to have a chance to spend time with my grandpa.

I also went to Savannah for a weekend, which was not necessarily a new experience since I’ve been there twice. But this time, I stayed at Tybee Island, which was a new destination for me, and one I’d been wanting to visit ever since my first visit to Savannah in 2014. I didn’t have a chance to do much on the island, though I enjoyed what I saw on the drive between the beach house and Savannah.

Surprisingly, I very rarely go to Disney on my own, despite being in my 3rd year of having an annual pass. However, my first little adventure of the year involved driving to Hollywood Studios and walking around, riding a few rides, and then going over to Epcot to see if I could get any good nighttime photos. Mostly, I just wanted an excuse to walk around and listen to my audiobook, but I enjoyed a few of the pictures I took, and I met some other photographers during the fireworks at Epcot.

The following night, I made my way to Magic Kingdom on my own to enjoy the fireworks there and see if I could get any good photos.

And the next weekend, I took a trip down to Bradenton. I had a fantastic time with my grandparents and then venturing out on my own to some of my favorite places in the area.

On the last day of the month, I took myself to the movies at Disney Springs–I looooove going to the movies but rarely make it a financial priority, so when T-Mobile offers free or discounted tickets, I jump aboard that train right away. And seeing movies on my own always feels like such a luxury–I get to step into the theater, turn off my phone, and be completely detached from everyone for 2 hours. It gives me a chance to revel in my introversion and also to enjoy a good movie.

I had a few specific photography goals this month: take some good nighttime shots at Disney, get some nice nature pictures in Bradenton, and experiment with depth of field in Savannah. Here are my favorites: 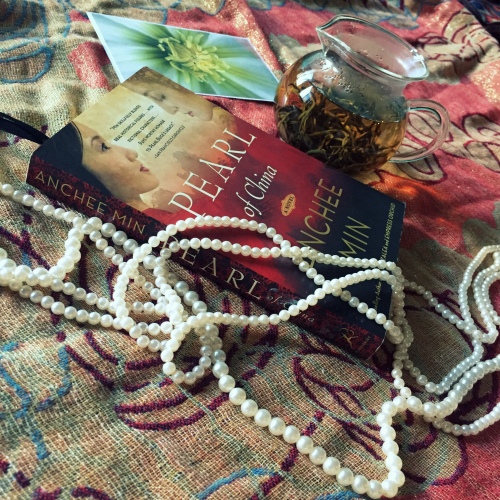 Pearl of China by Anchee Min: I LOOOOOOOOVED this book SOOOO MUCH!!!!! Historical fiction based on the life of Pearl Buck, who was the daughter of a missionary couple and grew up in China and later went on to write about life in China. (I’ve only read Buck’s The Good Earth, but I have officially added all of her other works to my to-read list!) This book takes you on a journey through Pearl’s entire life, and I was sobbing by the time I got to the end of it. I don’t remember the last time I felt so attached to a character. 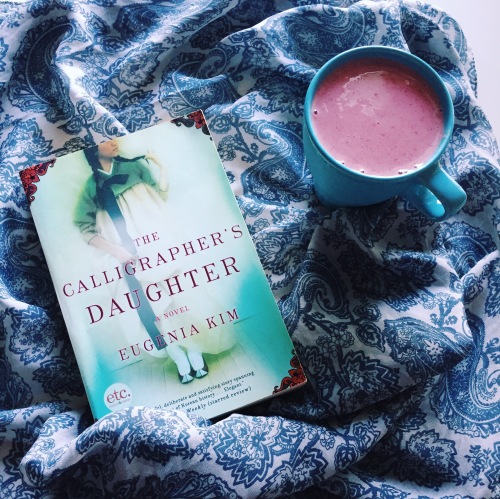 The Calligrapher’s Daughter by Eugenia Kim: Another good historical fiction, this one set in Korea in the early 1900s. I know almost nothing about Korean history (although I almost moved there to teach before deciding to instead move to Indonesia), so this was an excellent starting point and I’m eager to learn even more!

Eligible by Curtis Sittenfeld: I absolutely hate Pride and Prejudice, although that somehow doesn’t stop me from consuming every single thing based on it. (Pride and Prejudice and Zombies, for example, was pure gold–the book and the movie both.) So of course I had to read this modern-day adaptation of P&P set in Cincinnati, of all places. It was super cringe-worthy in places, but mostly I loved it!

The Japanese Lover by Isabel Allende: This was an interesting historical fiction because it dealt with the Holocaust as well as the US’s Japanese internment camps. For whatever reason, the plot didn’t really draw me in, but it was still good to get more background on the time period.

China Dolls by Lisa See: It wasn’t until just now that I realized my month was so full of historical fiction, but here’s another. I adore Lisa See, and this book was yet another masterpiece. Loved the setting–the main characters are dancers in Chinese night clubs, but wartime pulls them apart. Another thing I loved was the mention of all the music from the time period. Most of the music I listen to is from the 1940s, so it was really exciting to read a book that mentioned a lot of my favorite songs! It was one of those audiobooks that really made me wish they had turned it into a full-blown audio production with the music in the background.

Vinegar Girl by Anne Tyler: Based on Shakespeare’s Taming of the Shrew, this short book drew me in a lot more than I expected. Even though I’m not a huge romance person, there’s something irresistible about those books where the main characters hate each other but keep getting thrown together by unforeseen circumstance and oops, turned out they were in love with each other the whole time.

Swing Time by Zadie Smith: I really wanted to like this book. I love everything I’ve heard about Zadie Smith, and I knew the book’s main characters were dancers, but there were a few too many toxic relationships among the characters for me to really care about any of it. Apparently this is a controversial opinion, but I really don’t like reading books in which almost all the characters are unlikable.

The House of Mirth by Edith Wharton: I hadn’t read much from this era since college, and thought it was going to be a dry read, but I was surprised at how lively this story from the early 1900s was. The main character is a shrewd gold-digger, and yet she was insanely likable and I even found myself identifying with her at times (mostly in her progressive notions about women and not so much about the gold-digging parts).

The Star-Touched Queen by Roshani Chokshi: This YA fantasy was way over-hyped. It was a nice little story based on Hindu mythology but I was expecting a lot better after hearing so many people rave about it.

Love in the Time of Cholera by Gabriel Garcia Marquez: Mostly just read this because it was in the movie Serendipity, which stars John Cusack and is therefore perfection. Didn’t love the book as much as the movie, though. The writing was interesting but I really didn’t care for the plot, which dealt with all the different types of love, and I had already reached my yearly quota of romance, so I wasn’t in the mood.

Rogue One by Alexander Freed: Yes, this was just the novelization of the latest Star Wars movie. And yes, it was wonderful. The thing about Star Wars audiobooks is that they’re everything you’ve ever hoped an audiobook would be–background music, sound effects, and a reader who can do all the voices just right. It was also nice to get a little more background information than what they were able to fit in the movies.

Bad Feminist by Roxane Gay: Loved this book so much. A collection of essays about Roxane’s take on feminism, which addressed intersectionality, pop culture, and her love of pink.

The Great Wall: Wasn’t planning to see this in theaters but when I got a free ticket, I figured I would probably enjoy a movie set in China. I didn’t know anything else going into this movie, but it turns out this was exactly the kind of monster movie set in historic China that I never knew I needed. Brilliant in a trashy kind of way.

Crazy Ex-Girlfriend: While I’ve drastically toned down my Netflix binge habits, I had to make an exception for the 2 seasons of this delightful show. It was so cringe-worthy and yet the show tunes kept me coming back for more. It was a great backdrop to the knitting project I’ve been working on.

A Series of Unfortunate Events: Delightfully dark, with Patrick Warburton at his most charming. I don’t know if any adaptation of any book has ever done as much justice to the original as this show has. Waiting with bated breath for the next season!